We ran across a post the other day from a fellow Burmese breeder in the UK. She is concerned about the poor genetic health of the Burmese, as are we here at Carmelkats. In fact, she believes the Burmese breed is in crisis.

Chrissy Russell runs a small breeding operation something like ours, called Ayshazen Thai Burmese Cats. And like Jenny, the founder of Carmelkats, she is deeply concerned about the lack of genetic diversity within the Burmese breed. Ms. Russell cites a recent study by the The Feline Genetics Laboratory at the University of Missouri, which seems to indicate a genuine crisis for the breed.

Why the concern about the genetics of Burmese?

Over the years, Burmese have been inbred to excess. This inbreeding has resulted in some extremely serious – even fatal – genetic diseases. Kittens are dying young of truly horrific conditions such as Burmese Head Defect and Feline Orofacial Pain Syndrome (FOPS). Changing the way Burmese cats are bred can avoid these terrible consequences.

Ms. Russell advocates outcrossing to suitable breeds, and importing native Thai-born cats as a source of fresh genetic material. We both also support Wat Taphan Temple Cat Care as a means of ensuring that Thai-born breeds not only flourish, but remain available to improve the genetics of our beloved Burmese.

What can be done?

You can read her article (PDF) here and the University of Missouri study (PDF) here. You might also consider supporting Wat Taphan Temple Cat Care with a donation. It will also help the situation greatly if you take action.  Contact cat breeding associations such as The National Alliance of Burmese Breeders and The Cat Fanciers’ Association to insist that the genetic health of the Burmese is put ahead of cosmetic considerations of breeding strictly for show.

Together, we can save the Burmese from a painful extinction, and make the breed strong and healthy once again.

Please feel free to contact us any time with any questions.

2 thoughts on “A Genetic Emergency For Burmese Cats?” 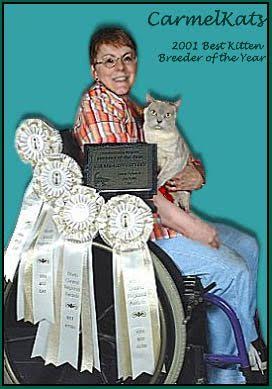